Building in Moscow with new materials

Cast iron pipes perform a leading part in the construction market many years, and they became the embodiment of reliability, durability and reasonable choice. At this rate, cast iron can apply for a role flagship material of our planet. Everything from small figurines to bulky machine can be created from cast iron. The incomparably high operating qualities make this material a leader in the manufacture of pipes. 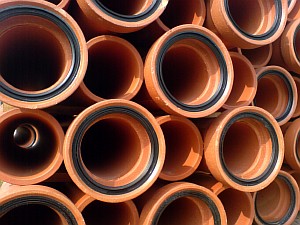 The pipes of cast iron are charecterized by long service life, fire resistance, tightness and safety in use. The cast iron pipelines can be used in pressure and non-pressure drainage systems, which is why cast iron systems are used when the construction of new buildings in Moscow.

The leader in this segment is the PAM-GLOBAL systems which were used when the construction of the Federation Tower, Sheremetyevo-3, Metropolis, Riverside Tower, the Moscow House of Music and other major construction sites. What is so conquered the modern builders of red cast iron PAM-GLOBAL pipes? We can cite as an example a lot of positive qualities of the PAM-GLOBAL pipes without thinking: high level of sound insulation (noiseless operation) and fire safety (incombustibility), snd resistance to corrosion which can occur due to the waste water, and environmental friendliness in production.

These advantages are achieved due to the fact that after the casting process the pipes are heat treated, and temperatures can reach 950 degrees Celsius. Surface of the fittings is treated by cataphoresis and phosphatizing electrophoresis, and then the fittings are coated by epoxy layer, which carries a protective function.

Unlike plastic pipes, cast-iron pipes will not gnaw rodents which are often living in the basements. And if we add to this nuance all the advantages of the PAM-GLOBAL pipes, then it becomes clear - the installation PAM-GLOBAL system is technically and economically reasonable choice!