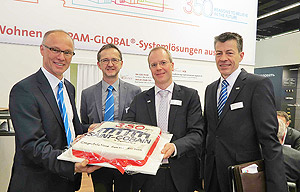 Saint-Gobain is celebrating its 350th Anniversary in 2015. This anniversary is special, because SAINT-GOBAIN helped to find solutions of the problems 15 generations clients for the past 350 years.